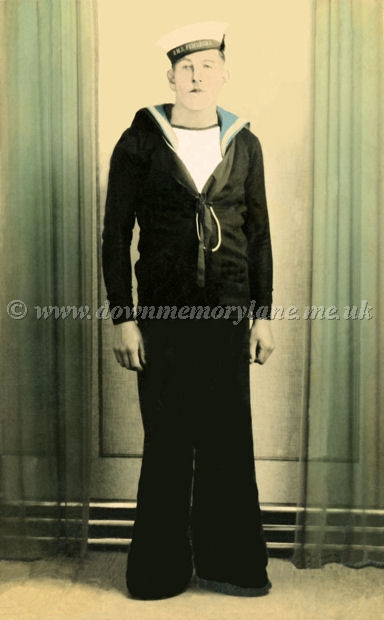 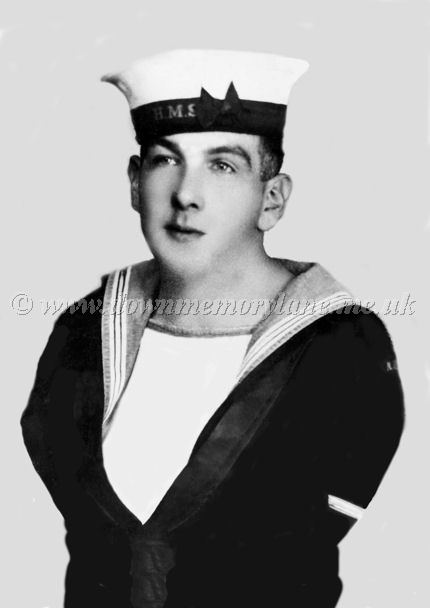 ALBERT ARMSTRONG 3591
Here we have Albert Armstrong from Templepatrick having his picture taken in a studio back in 1907. You can see from his cap band that he served on the HMS Pembroke which was a Sandown-class minehunter that would a very dangerous job indeed when the Fisrt World WAR broke out six years later. 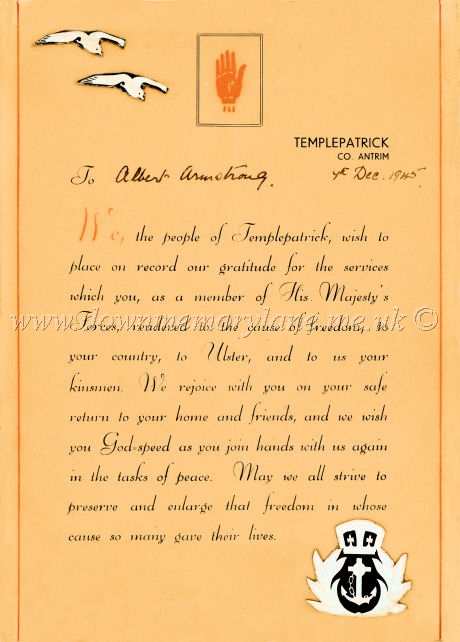 A LETTER FROM THE PEOPLE OF TEMPLEPATRICK TO SAMUEL ARMSTRONG 3594
This is a letter in gratuide for Samuel Armstrong service to his country on the 4th December 1945.
RITA AGNEW 0983
This is Rita Agnew when she lived at Ballybentra, Templepatrick on the 3rd January 1936.
The photograph had actually appeared in the "Belfast Telegraph's Child Photograph Contest" and of course it won!
It had been sent in by Rita's Mum Mrs. A. Agnew and the winners prize money amounted to the princely sum of 10 shillings and sixpence! 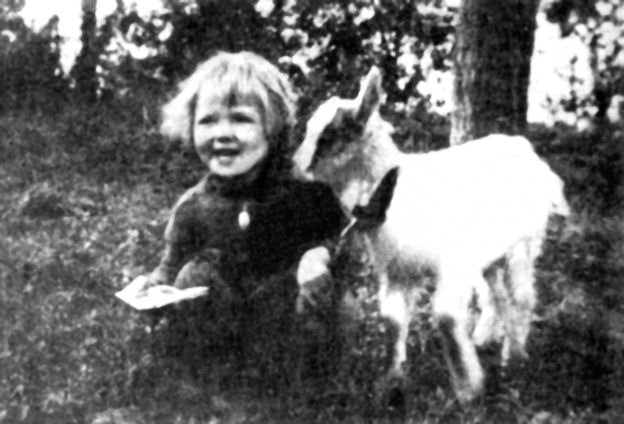 Pages:
ALBERT ARMSTRONG 3590
This is a portrait picture of Albert Armstrong it was taken during WWII for the name of his ship is not on his cap band this was so no one knew what ship he was serving on. He's a lance corporal as albert has a single stripe on his left arm but I do know that during the war he served on the HMS Pembroke which was a Sandown-Class Mine hunter of the Royal Navy. At one time they were assigned to Malta to keep the boat lanes clear of mines.
Go to Index P and you will see the HMS Pembrooke.