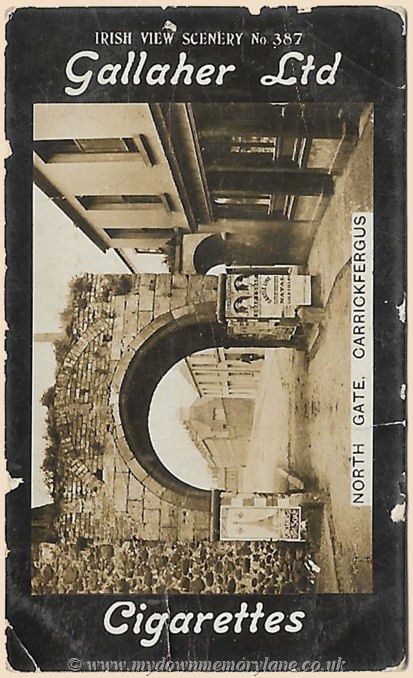 NORTH GATE 3859
This is North Gate at Carrickfergus around 1890 which used to have gates that where closed to prevent invaders getting into the town. But as you can see the town has expanded since then.
On the left side of the gate is an advertisement for Soap and showing the Effiel tower. On the right side the top advert showing two ladies is also advertising Soap. The bottom advert is about the Union Castle Line which was a British shipping line that operating all over the world. This advertisement is say that they have a liner with roon for exports and passengers, the liner is sailing from Southamton every Saturday to Madeira, Cape Colony (South Africa now) and then on to Natal. The Colony of Natal was back then a British Colony in south-eastern Africa.
Index 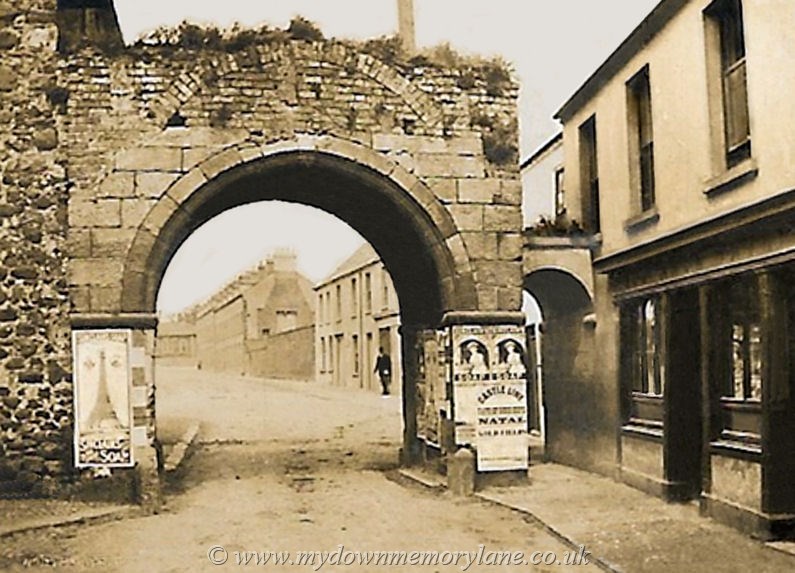